First conference of the research network "Ambivalences of the Soviet: Diaspora Nationalities between Collective Experiences of Discrimination and Individual Normalization, 1953-2023"

Soviet diaspora nationalities, including Russian Germans and Soviet Jews, are often considered as collectives constituted by the common experience of repression and discrimination. As individuals, however, they followed personal paths towards normalization of their existence in the years after Stalin's death and became a part of the culturally and nationally diverse Soviet society. For them, complex affiliations and loyalties negotiated between family, neighborhood, their own ethnic group, broader Soviet society, and the so-called external homelands were characteristic and became particularly visible in the period of perestroika and glasnost. When the Soviet Union disintegrated, many became further confronted with questions about their own belonging, which often resulted in their emigration to places like Germany, to which they allegedly belonged. Attempting to make new places their home, they, however, continue experiencing conflicting relationships and identifications, complicated further through broader societal processes that largely marginalize and homogenize them as "others", as non-belonging "Russians" with a seemingly common Soviet "baggage".

The research network "Ambivalences of the Soviet: Diaspora Nationalities between Collective Experiences of Discrimination and Individual Normalization, 1953-2023" (funded by the Ministry of Science and Culture of Lower Saxony and the VW Foundation within the framework of the Niedersächsisches Vorab) departs from a narrative that tells the history of Russian Germans, Soviet Jews, and other Soviet diaspora nationalities in very narrow terms – as a mere story of discrimination and repression, dissent and resistance. Rather, we seek to explore people's complex everyday experiences, practices and discourses of "normalization" and "Sovietization" in the late Soviet period as well as their long-term influence beyond temporal and spatial confines of the Soviet Union.

At the conference, taking place in Lüneburg on 3-5 February 2022, we seek to discuss related topics of life in the late Soviet Union, everyday life in the rural and urban Soviet peripheries, themes of repression and "normalization", intergenerational and transnational multiple affiliations, migration as well as the current situation of those who remained in the Soviet successor states. We welcome contributions especially from young scholars working in the above-mentioned fields and ready to critically reflect on container terms such as "identity", "ethnic group" or "diaspora". A focus on Russian Germans and/or Soviet Jews is desired, but we are also interested in contributions on other nationalities, comparative approaches, etc.

In particular we are keen to receive works on the following topics, but relevant projects on areas not listed here will also be considered:

1. Rural and Urban Life-Worlds.
What aspects came to define everyday life in the late Soviet Union? In what ways did lives develop in the successor states and in Germany? What role did/do different spaces, different familial constellations, processes of rural to urban resettlement, personal networks as well as identifications play in the constitution of people's life-worlds?

2. Migration networks.
In what ways do networks define the migratory process, the process of re-settlement in the country of arrival as well as the decision to stay? In what ways do these networks develop and change over time?

3. Transgenerational experiences.
How are experiences, affiliations, values and stigma, passed on and/or transformed across generations? What role do spatial or political ruptures play in shaping the experiences of communities?

If you are interested in submitting a paper, we would ask you to send us an abstract (max. 400 words) by October 19th, 2021. Working language of the conference is English and a publication of the contributions is planned. The travel and accommodation costs will be covered by the organizers.

The history of Russian Germans is a history of intensive mobility across space and time. The very presence of settlers from German-speaking Central Europe in the Russian Empire was the result of sustained migration processes ever since Catherine the Great issued her Manifesto for the recruitment of settlers for the internal frontier of the expanding Russian Empire in 1763. People of different regional origins and religious denominations (mostly Protestants, but also Catholics and Mennonites), who only in the 20th century would become known by the collective term "Russian Germans" (Russlanddeutsche), heeded the call. Subsequent movements of these colonists and their descendants in the course of the second half of the 19th century led them into Siberia, Central Asia as well as overseas to the Americas. The First World War, the Russian Revolution and the Civil War were additional catalysts for emigration.
The Germans in the Soviet Union and in Soviet-occupied Eastern Europe were irrevocably set into motion during the Second World War. After the Molotov-Ribbentrop pact, Nazi Germany resettled Germans from Soviet-occupied regions, and during the war also from occupied Soviet territories. Some of those "Heim ins Reich" settlers emigrated overseas after the war. Starting in August 1941, Soviet authorities rounded up their German citizens from the Volga and other regions and deported them eastward. Once they were released from collective confinement in 1955, the deportees inside the Soviet Union were on the move again. Their initial destinations were often in the Central Asian republics, later also both Germanies. With the gradual lifting of the Iron Curtain during the Perestroika years, Russian German mass emigration was set into motion. Only a minority remained in the former Soviet Union.
As a result, today the descendants of the original Russian German settlers live on four continents: predominantly in Europe (Germany), in Asia (Russia beyond the Urals and Kazakhstan), and in North and South America. Depending on when they left Russia, their identification as "Russian German" or "German from Russia" is more or less pronounced. Some of those who left the Soviet Union in the 1990s for Germany now move again, following traditional overseas migration paths to live their Mennonite or Pentecostal faith in remote areas of Canada or Bolivia, thereby creating new global entanglements and connections.
In this conference, we want to approach the global history and the global present of this particular group of ethnic Germans from Eastern Europe from an interdisciplinary angle. We invite papers from historians, anthropologists, ethnographers, linguists, and scholars of other disciplines who deal with topics such as:
- Global networks of Germans from Russia
- Questions of belonging in different imperial, national, and cultural contexts
- Encounters with "indigenous" peoples on different frontiers
- Russian-German diaspora activism
- State diaspora politics of both Germany and Russia
- Contacts across the "Iron Curtain" during the Cold War
- Recent global migrations (e.g. from Germany to the Americas)
- Global religious diasporas a (e.g. Mennonites)
- Everyday material and non-material culture (language, cuisine, housing...)
Participants in the conference are expected to contribute their papers to an English-language edited volume (Lexington Books have already expressed interest). Papers should have an average length of 8,000 words and be in good draft shape by the time of the conference, so we can proceed with the publication process soon after.
Please submit proposals for papers of not more than 300 words to globalrussiangermans@gmail.com until 15 April 2021.
Since we do not expect a return to normal international travel by this fall, the conference will take place online! 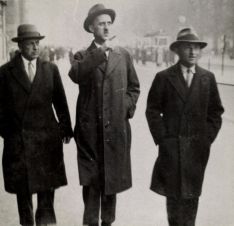 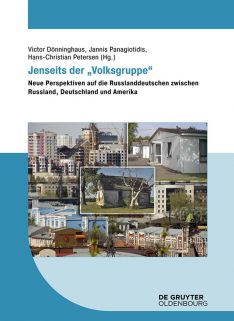