The History and the Culture of the Germans in Romania 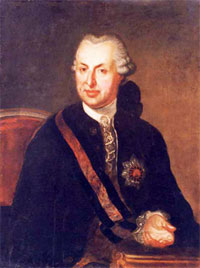 Topic of the Project


The „Samuel von Brukenthal” scholarship for postdoctoral studies and research on the culture and history of the Germans in Romania
is awarded by the Federal Institute for Culture and History of the Germans in Eastern Europe at Oldenburg (BKGE), a research institute of the Government of the Federal Republic of Germany affiliated to the University of Oldenburg, together with the George Bariţiu Institute of Historical Research and the Center for Transylvanian Studies at the Romanian Academy in Cluj-Napoca within the scope of the EU-project “Social-humanistic sciences in the context of globalisation: development and implementation of the program for postdoctoral studies and research”.
The aim of the postdoctoral scholarship is to encourage and support comparative and interdisciplinary scientific research in history, art history, history of literature, European ethnology and sociology focusing on the culture and history of the Germans in Romania as well as their interaction with other ethnic and cultural groups in the country.
The focal point of the research will be the historic experience of the Transylvanian Saxons, the Banat and Sathmar Swabians, the Germans from Bessarabia, Bukovina and Dobrudja with regard to both the changing political affiliations of their respective regions and their interaction with the neighbouring Romanians, Hungarians, Jews, Roma and other ethnic groups in a multi-confessional and multi-ethnic territory. The positioning of German minorities as relatively small but privileged groups within the medieval and early modern estate-based societies could generate innovative scientific approaches. With regard to modern history, the research questions will focus on the situation of the Germans as an ethnic minority in a (newly-built) nation state.
Further research topics such as the relation between religion and nation, the artistic and cultural development, the change of group identities, or the establishment and positioning of elites may be investigated by using comparative approaches that take connections and relationships throughout Europe into account and thus leave the traditional frame of reference of national history.
The scholarships will be granted to outstanding postdoctoral researchers of the history of Eastern Europe and related disciplines.
The post-doctoral scholarship is named after governor Samuel von Brukenthal (1721-1803). As a politician, versatile scholar, art collector and, not least, founder of the Brukenthal National Museum in Hermannstadt/ Sibiu, he contributed to Transylvanian’s re- putation as an important European cultural landscape during the Baroque period and the era of Enlightenment.

Description of the Project


Over the last years only a few major investments in the field of academic and public education have been made. Even less were based on a partnership between representative public institutions and NGOs or foundations. With support of structural EU social funds for the support and development of graduate education, the Romanian Academy has engaged in a series of projects to bridge these gaps. Built around the EU-POS-DRU project, ID 61104, The Social-Humanistic Sciences in the Context of the Globalized Evolution: the Development and the Implementation of the Post-Doctoral Studies and Research Program, financed by the EU and the Romanian Government, this initiative, conceived around the key words Civilization – Society – Cultural Heritage – Globality, aims at creating an advanced and open educational social and academic platform focused on the preservation of traditions and on modern creativity. In institutional partnership with the Austrian Academy of Sciences (Vienna), the École des Hautes Études en Sciences Sociales (Paris), the Federal Institute for the Culture and History of the Germans in Eastern Europe (Oldenburg), the Deutsche Denkmalakademie (Frankfurt am Main-Romrod-Görlitz), the Babeş-Bolyai University (Cluj-Napoca), New Europe College (Bucharest) and the Institute for National Minorities (Cluj-Napoca), and in public partnership with the Mihai Eminescu Trust (London-Sighişoara-Viscri), Freedom House (Washington- Bucharest) and Patrimonium Transsylvanicum (Cluj-Napoca), the project supports the institutional development of advanced studies in the fields of Humanities, Social Sciences and Cultural Heritage under the patronage of the Romanian Academy and the active supervision of some of the most distinguished Romanian and European figures in these fields such as: Ionel Haiduc, Peter Schreiner, Paolo Odorico, Gilles Veinstein, Matthias Weber, Thomas Wünsch, Konrad Gündisch, Ulrich Andreas Wien, Harald Roth, Alexandru Vulpe, Şerban Papacostea, Victor Spinei, Andrei Pleşu, Vasile Puşcaş, Vintilă Mihăilescu, István Horváth, Nicolae Edroiu, Ioan-Aurel Pop or Marius Porumb.
The Institute of History „George Bariţiu” of the Romanian Academy in Cluj-Napoca (Institutul de istorie „George Bariţiu” Cluj-Napoca al Academiei Române) had the main responsibility for the first application and selection process (July 1st, 2010 - September 20, 2010),
cf. http:// www.history-cluj.ro/Istorie/Ro/startIstorie_burse_post-doctorale.htm

The Second application and selection process (September 25, 2010 - December 15, 2010) will be organized under the auspices of the Federal Institute for Culture and History of the Germans in Eastern Europe (Bundesinstitut für Kultur und Geschichte der Deutschen im östlichen Europa) at the Carl von Ossietzky University, Oldenburg.

Results of the Application Process

During a first selection process three scholarships - beginning on October 1st, 2010 - have been attributed to:


In the course of the second selection process the following candidates have been approved for interviewing on the base of the experts’ evaluation and rating of their application dossiers. The interviews will take place on December 11, 2010, at Intitutul de istorie George Bariţiu, str. Kogălniceanu 12-14, 400084 Cluj-Napoca (Romania):

Dates for the second application process