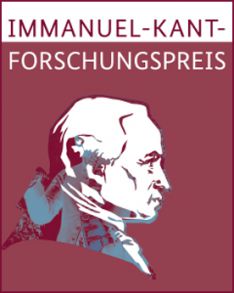 The Federal Government Commissioner for Culture and Media awarded the Immanuel-Kant Research Prize for outstanding doctoral theses and second doctoral dissertations dealing with the history and culture of the Germans in Eastern Europe and related issues, and the mutual relationships with neighbouring peoples.

The inaugural prize was awarded in 2012.

What was hounoured?
Doctoral theses, Second doctoral dissertations and equivalent projects were considered after the conclusion of the relevant academic assessment process. The completion of the academic assessment had to have occured no longer than 24 months prior; the work should not have been previously published.

The following awards were issued:

Who could apply?
Applicants can apply individual or be recommended by a third party.

Selection panel:
An inter-disciplinary jury, appointed by the Federal Government Commissioner for Culture and Media selected the prize winners.

Application
The application for the year 2014 with a pdf file of the outstanding work, two references from university lecturers and the candidate´s curriculum vitae had to be submitted by 31/03/2014 to: